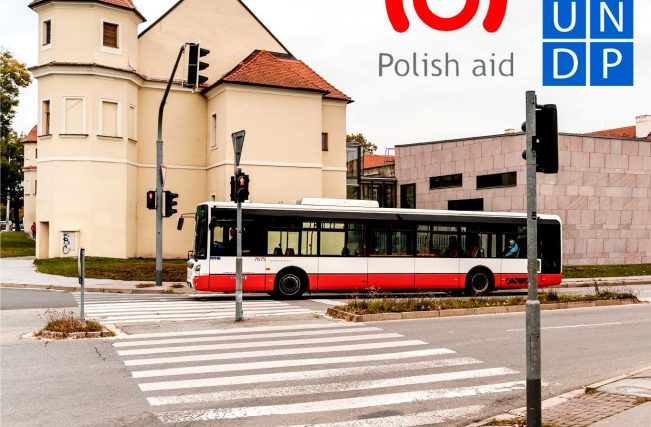 The city of Batumi is the second most populous city in Georgia. It is a popular tourist destination, port and border transit spot on the main road connecting Caucasus region with Turkey, and is confronted with serious traffic congestion problems. The worst situation is during the main tourist season (June through August). Traffic congestion causes many undesirable consequences for the inhabitants, visitors and transiting persons. These include loss of time in traffic jams, delays in public transport, lower road security and safety, and higher possibility of accidents. Additionally, it results in longer emergency services reaction, stress, air and noise pollution and higher energy (fuel) consumption. The UNDP and other donors are already helping Batumi city to tackle these problems. The UNDP has contributed to the elaboration of Sustainable Urban Mobility Plan of Batumi City and the public transport corridors implementation (dedicated bus lanes). EBRD has financed the Batumi Green City Action Plan preparation and KfW elaboration of pre-feasibility report Sustainable Transport for Batumi city. The elaborated documents include important action fields with Intelligent Traffic System (ITS) implementation such as traffic status monitoring and traffic data collection, modern adaptive traffic control system and priority for public transport at intersections. Batumi city currently has 35 intersections with traffic lights equipped with controllers from three different suppliers. There is now traffic detection, but they work only in local regime with fix signal plans. No low power or low-consumption traffic lights are used, and there is no priority for public transport at intersections, either.

The project consists of implementing a modern adaptive traffic control system that continuously adapts to actual traffic levels detected by cameras with advanced data analytics combined with public transport priority at priority-selected intersections in Batumi. It will also include new low-power and low-consumption traffic lights and up-to-date traffic control software. As a pilot project it will serve for training of involved collaborators with Batumi city and its municipal organization, Batumi Autotransport. for the use of modern traffic control technologies for It will include evaluating the impact that the implementation of modern traffic technologies on larger scale would have in Batumi. The project will set up a basis for modern urban traffic control in Batumi allowing to add further functionalities in the future such as priority of emergency vehicles at intersections and to scale up.